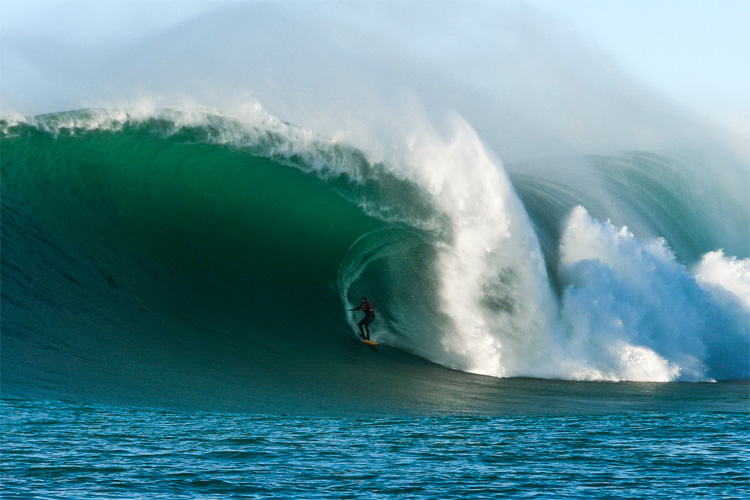 In addition to the rededication ceremony, the Surfers' Hall of Fame will induct its 2022 honorees, including Peter Mel, Martin Daly, and Michele Turner.

The event takes place on Friday, August 5, at 9 am at the corner of Pacific Coast Highway and Main Street in Huntington Beach, California.

"This year's honorees have contributed so much to riding waves, supporting our surfing community, and staving off hunger after a local surf session."

"We are grateful to Peter Mel, Martin Daly, and Michele Turner for their commitment to surfing and the surf community."

The Surfers' Hall of Fame announced its first induction in 1997.

It pays tribute to those who contribute greatly to the sport of surfing, its culture, and its industry.

The 2022 honorees include Peter Mel, Martin Daly, and Michele Turner.

Surfer Peter Mel is a legendary big wave rider who found his footing on the Big Wave Tour, where he was crowned champion in 2012.

He has continued to surf big waves and win contests over the past three decades.

Most recently, Mel was awarded the 2021 Big Wave Ride of the Year for a superb performance at Mavericks.

Mel is also a broadcaster for the World Surf League (WSL), and his commentary brings valuable insights and the perspective of experience.

Peter Mel has influenced generations of surfers on how to catch and surf big waves.

Mel is known as a big wave surfer, and his son John Mel is a four-time surfing national champion.

Martin Daly is a legendary surf explorer, boat captain, surfer, and diver who has discovered incredible waves in the Mentawais.

Daly left his hometown as a teen to explore the world, working on dive and salvage boats in Singapore, Indonesia, and the Philippines before purchasing his own boat with the proceeds from salvaged undersea treasure.

Since the 1980s, Daly has run boat charters that take surfers to the waves of their dreams.

He continues to give back to the community by providing relief aid after the tsunamis in Indonesia and supports coral health programs and research on nuclear debris in the Bikini Atoll.

The relationship with the ocean, being out there in the environment with your friends and family, sharing those magic experiences that only surfing can provide, that's what it is all about.

That's what Martin has dedicated his life to; that's what he's given to so many people - he's opened up the world and changed lives.

It's about as pure as it gets.

Her restaurant - The Sugar Shack Café - is world-famous for a post-dawn patrol breakfast where legends and locals alike talk story over fluffy pancakes and hearty breakfast burritos.

Turner opened the doors to the Sugar Shack in 1967, and for 55 years, "The Shack," as it's known to locals, has supported the HBHS Surf Team, NSSA, and hosted the world's best in town for the US Open of Surfing.

The walls of "The Shack" tell the story of its history with photos of renowned surfers and hopefuls.

The mother of surfers Timmy and Ryan Turner, Michele is also the grandmother of 11 and the godmother of countless surfers.

Thank you for shopping local!

Our online store is now open for business

check out the products page for info on inventory